skip to main | skip to sidebar

Did I say I'd write about Pittsburgh? That was silly of me—I have nothing to say. Nevertheless, a promise is a thing which you halfheartedly fulfill the day after you said that you would. If you're smart, you realize that your promise lead to an unutterably

Since arriving, I have lived a hermit-like life, in hopes that the absence of human company would motivate me to seek friendship among the various cleaning supplies and use them to clean things just as God intended it to be. You all know just how much that happened. 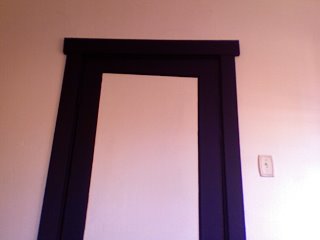 The ambiguous:
The good:
Posted by Justin at 12:25 AM No comments:

I move saturday, and this will completely destroy my ability to concentrate or exercise my willpower for the time being. So don't come here looking for posts. If I catch you checking for new posts, I will give you a stern talking-to. Sometime between saturday the 19th and monday the 21st, I will post something about Pittsburgh. Then and only then can you look at this blog. Got it?

Guy on cell: I'm only calling because I have to walk ten blocks, and I can't stand to be alone with my own thoughts. overheardinnewyork

Note: I am not that guy. I do not have a retarded fascination with Japan which centers around anime and guffawing over inventions such as shoes with umbrellas on them. These recent posts are just coincidences based on cute overload and gmail presenting me with links.

Posted by Justin at 5:29 PM No comments:

I endorse metaphysical realism about stupidity!

The Washington State Supreme Court case concerning gay marriage is not an unmitigated disaster if this bit from the Times is accurate:

The decision seemed to invite targeted constitutional challenges to the denial of equal treatment to homosexual couples.

Also intriguing is the Times's choice of quotations

“Limiting marriage to opposite-sex couples,” Justice Barbara A. Madsen wrote in that opinion, “furthers procreation, essential to the survival of the human race, and furthers the well-being of children by encouraging families where children are reared in homes headed by the children’s biological parents.”

While it's true that reading that probably won't embarass the people that it should, it's pretty embarassing, and all that really needs to be said is “do you really believe that?” I was couldn't decide whether the writer included that quote partially in order to make Madsen look stupid, but the article also relays that the dissenting judges described the majority opinion as relying “on speculation and circular reasoning to endorse discrimination.” No defense is given. Though that could be an accidental feature of the article, I'm inclined to read it as reflecting the opinion of the author that no credible defense to the charge has been offered.

If that's so, it's an interesting demonstration of what can be done within the limitations of journalistic objectivity—it doesn't even break the “he said, she said” mold that everyone sensible complains about. The difficulty is that I really don't know how to find out whether it's accidental or not. I suspect that my own opinions render me an unreliable reader when it comes to questions about intent such as this one.

Justin
I'm a philosophy graduate student at Pitt. This was my blog from 2005-2007, but I've now migrated to wordpress.

What I've Been Reading